20 years ago non-white natives in South Africa were not allowed to vote. Today, millions are heading to the polls in what is being called an ‘historic election’. 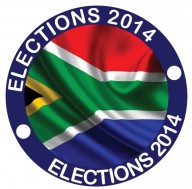 Historic primarily because it would be the first election since the passing of Nelson Mandela, and for the first time those born after the end of apartheid in 1994, the “born free” generation, are eligible to vote.  The African National Congress (ANC) is the party in power, led by President Jacob Zuma. The ANC has promised more job creation if re-elected. Its strongest opposition is the Democratic Alliance (DA) which has also made similar promises on dealing with the unemployment crisis. Close behind the DA is the Economic Freedom Fighters (EFF), a new party focused on youth that is also offering promises to benefit the large unemployed young population. The ANC has been accused of corruption, misappropriation of funds and economic inequality. 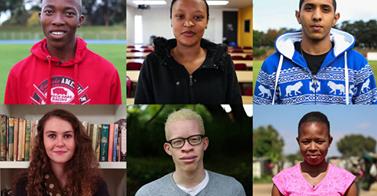 Some of the born free generation are hopeful that their votes will make a difference for a better South Africa, one with more opportunities in spite of the current unemployment rate of 24%. While others have opted out of the process altogether, only 1/3 of South African teens eligible to vote are registered, based on figures by the Independent Electoral Commission (IEC).  The electoral despondence according to many can be attributed to a growing disenchantment with the current government and its lack of transparency. Many of those who don’t vote feel like their vote doesn’t matter and will not bring about any change or make a difference.

The ANC’s campaign slogan:“Do it for Madiba, Vote ANC!” relies heavily on Mandela’s legacy and their contributions to end apartheid. 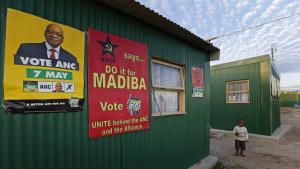 “Do it for Madiba*, Vote ANC!” relies heavily on Mandela’s legacy and their early contributions to end apartheid. * Mandela’s clan name

South Africans’ cynicism about the democratic process is shared by both those who have lived and endured during the apartheid and the born free youth.  The former views the born free as disconnected from the struggle and indifferent to the sacrifices made to offer them such freedoms.

As the polls close today, many are awaiting the final results – which are not expected before Friday – to determine whether this election will make a difference or will be more of the same.