By Alison Flood for The Guardian

Leading authors including Chimamanda Ngozi Adichie and Jackie Kay have condemned Nigeria’s harsh new anti-gay law in the strongest possible terms, with Kay comparing the situation to Nazi Germany and Adichie calling for the “unjust” law to be repealed.

Kay, the Scottish-Nigerian poet and winner of the Guardian fiction prize, told the Guardian that “it is dangerous for any country to legalize a witch-hunt of an already oppressed minority; it will lead to an unprecedented hysterical homophobia that will set the clock back in the fearful past. It is reminiscent of Nazi Germany. It will lead to people fleeing for safety, to informers, to pitting one African citizen against another.” Adichie, writing in the Nigerian paper the Scoop, called the recently passed law which criminalizes homosexuality “un-African”, saying that it “goes against the values of tolerance and ‘live and let live’ that are part of many African cultures”. The Nigerian government has not responded to a request for comment. 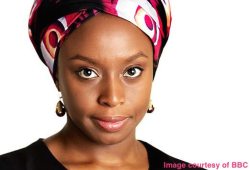 The interventions from Adichie and Kay follow the Kenyan author Binyavanga Wainaina’s public declaration of his own homosexuality in response to the new anti-gay laws. The new laws in Nigeria criminalizing same-sex marriages and membership of gay rights organisations were signed in January, a move echoed earlier this week with the adoption of a harsh anti-homosexuality law in Uganda.

goes against the ‘live and let live’ values of many African cultures.

Award-winning author Bernardine Evaristo added her voice to the chorus of writers protesting the legislation: “As someone with a Nigerian father I am particularly incensed by Nigeria’s recent anti-gay legislation, but also the terrible increase in persecution of homosexuals across the African continent,” she said. “The way in which both church and state are now inciting homophobic hatred to curry favour with their constituencies is abhorrent to me. It’s just plain backwards when in some parts of the world many nations are moving forwards in their acceptance of homosexuality.”

Nigerian novelist Helon Habila, winner of the 2001 Caine prize, criticized Nigeria’s government. “It is clear this is a government which is short of ideas, desperately trying to bring up nonsensical diversions to distract attention from the situation in the country. Just yesterday there was the attack on the boarding school. This government has lost the war on terror. So what they have decided to do is start inventing laws against gays, just to get the support of the people,” he said.

“That is so wrong, and so sad. Instead of talking about the $20bn [£12bn] which is missing, they are happy to persecute gays, to stone them, in some places, and to harass them. It is just public entertainment the government is giving the people, like the Romans having gladiators to satisfy the people. It shows their bankruptcy of ideas, it is just desperation from the government, and people are dying because of it, are unnecessarily suffering because of it.”

Kay, who is gay, called the new laws “horrifying”, and said that “when you take away the basic human rights of one citizen, you take away the rights of everyone”. She called homophobia “a deadly evangelical import”, asking: “We have to wonder at the timings of these particularly stringent and vicious anti gay laws. Are gay people to be used as scapegoats to make failing politicians popular?” 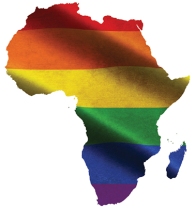 “The notion that it is ‘un-African’ to be gay puts gay Africans in an impossible position,” said Kay. “First you have to argue that you are as African as the next African, then you’re flogged, sentenced to life imprisonment, ostracized and while all that’s happening to you, you’re stripped of your racial identity too. You’re told you are not African for choosing to love who you love.”

Kay said she had just been invited to Nigeria, but was now unsure whether or not to go. “It’s a difficult decision. I am half Nigerian and yet I feel that the country I am from will not welcome me, or accept me as I am – half Scottish, half Nigerian, 100% outspoken lesbian, prone to cracking jokes. My friend Kachi advises me to go and make some barbs while I’m there. Other friends advise me not to go. It’s skewered the relationship. I wouldn’t have gone to South Africa under apartheid, nor to Chile under Pinochet. Should I now be in the position where I feel like I can’t visit the country I come from?” she asked. “And what must it be like for gay men and women living now in Nigeria and Uganda frightened of their own friends, unsure who to trust, on the run from themselves?”

Habila called for the law to be changed, but thinks this is unlikely to happen soon. “When I was growing up, we knew there were gay people – they were living openly, they were part of the culture – everyone knew about them. But now there are these laws, and it is so sad to see all this artificial outrage. Of course, the law should be scrapped, but I doubt it will be, because of the way it is getting support from people who don’t understand the full situation, from those who are just judging from a religious perspective,” he said.

Kay, whose memoir Red Dust Road sees her travel from Glasgow to Lagos as she tells her story, said that when she “first went to Igboland and walked on that red dust road of my childhood imagination, I felt as if my footsteps were already there waiting for me, and all I had to do was step in them”.

“Now, with this law, I feel as if my footsteps are being wiped out, and those of my fellow gay Nigerians. On what path are we supposed to walk? On what road?” she asked. “I hope all Africans, gay and straight, will join Chimamanda, Desmond Tutu and Binyavanga on the repeal road, to make Africa a confident continent that welcomes its own very African gay people. One thing is for sure. It is not an option not to speak out. Every African who values democracy must speak out or we will be in danger of fulfilling the memorable words of Angela Davis: “If they come for me in the morning, they will come for you in the night”.